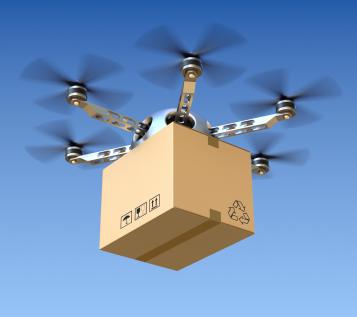 In August, NASA announced it would continue to support its Vertical Lift Research Centers of Excellence (VLRCOE) program to explore future technology for helicopters and vertical lift vehicles in partnership with universities and the U.S. Army and Navy.  As a member of the prestigious research program, The Ohio State University will advance the understanding of the unique physics surrounding vertical lift flight.

Ohio State will complete research in collaboration with an academic team led by Georgia Institute of Technology. Other partner universities are University of Michigan, Washington University at St. Louis, Embry-Riddle Aeronautical University, University of Texas at Arlington and University of Illinois at Urbana-Champaign.

Two more academic teams – led by Pennsylvania State University and University of Maryland – will investigate other aspects of vertical flight.

The Ohio State team was involved in the previous program spanning 2016 - 2021. The renewed funding from NASA will support the highly competitive VLRCOE program for another five years. Department of Mechanical and Aerospace Engineering Research Scientist Matt McCrink, who is leading Ohio State's participation, said that what contributed to Ohio State’s success was the team’s unique expertise.

“Our team is more focused on unmanned aerial vehicles (UAVs) and urban air mobility (UAM) concepts, rather than standard helicopters. That’s what makes us stand out,” McCrink said.

For its previous VLRCOE project, Ohio State partnered with Georgia Institute of Technology and Indiana State University to study the effects of scaling rotorcrafts.

To explore this, the team built small scale aircraft to measure what it would take to keep the scaled rotorcraft in the air. They continue to investigate questions that resulted from their research, such as how much power does the vehicle need, how long can it stay in the air and how far can it go.

By utilizing the team approach for the centers of excellence, the program takes advantage of complementary capabilities. For example, Georgia Institute of Technology’s team will use their wind tunnel facilities, while the Ohio State team is able to bring their experience in flight testing.

With a variety of tools at the overall VLRCOE team’s disposal, Ohio State and partners are preparing to develop the next version of their scaled rotorcraft, this time using enhanced measurement capabilities.

“Rather than flying the vehicle in an open field, we’ll be putting vehicles in urban environments more representative of those which might be encountered in package or passenger delivery missions,” McCrink said. “We’re looking at things like how does it interact with buildings or landing pads? The results will be a lot more tangible.”

VLRCOE’s primary purpose is to identify and solve the complex physics associated with vertical lift vehicles. The research done by the various teams will used to provide insight to NASA and their partners. McCrink says the goal for the team at the end of this five-year program is to have a new toolset that will be used to inform the design of the next generation of UAM vehicles.

by Department of Mechanical and Aerospace Engineering communications staff

From researcher to faculty member and fundamental to flight test